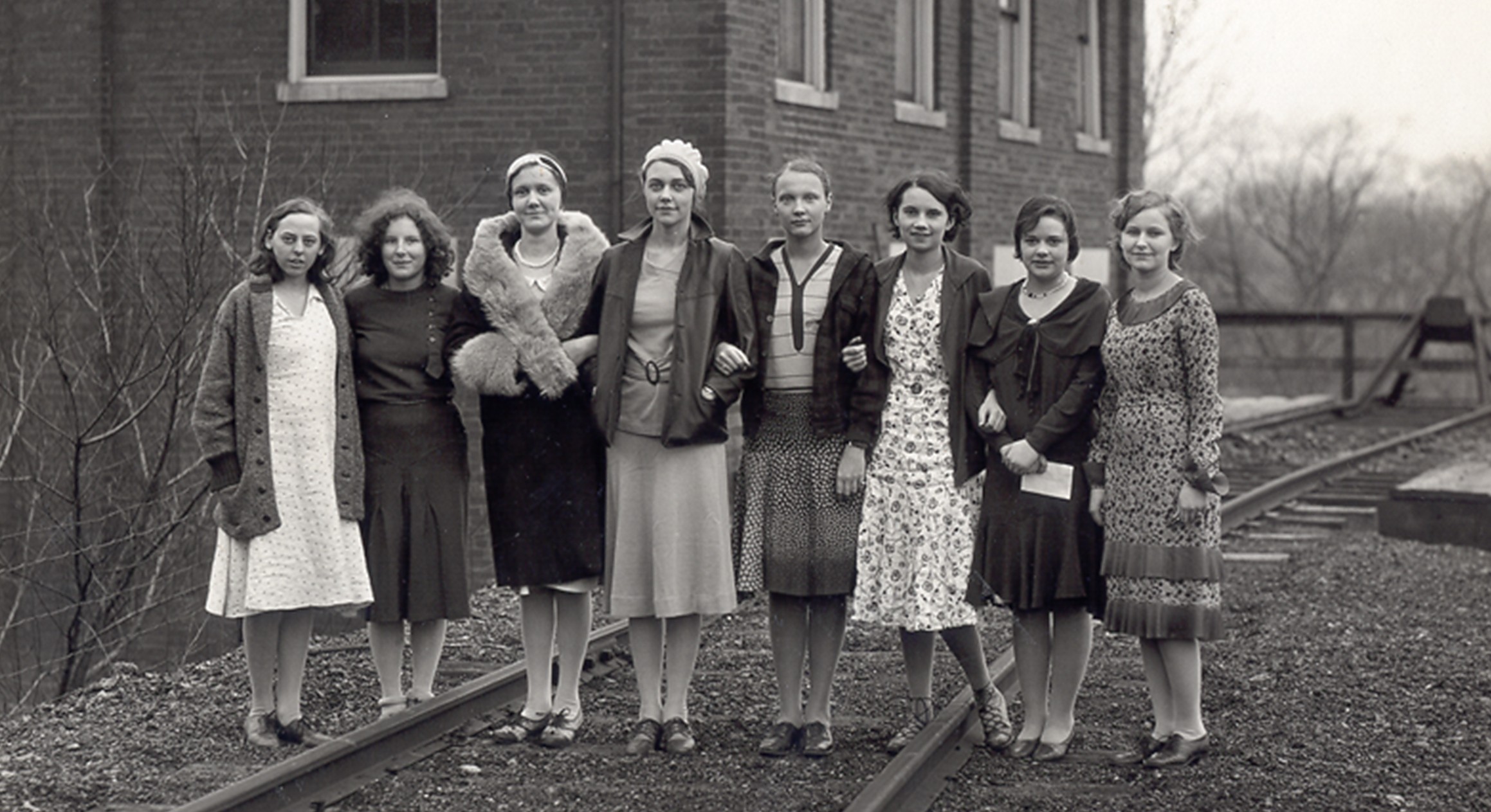 The Kentucky Female Orphan School, as Midway University was originally known, was the dream of Dr. Lewis Letiq Pinkerton. Dr. Pinkerton, a young physician and minister of the Christian Church (Disciples of Christ) sought help from James Ware Parrish. The elder at Midway Christian Church, Parrish raised the necessary funds to open the school. Together with other progressive leaders, they launched a revolutionary educational experiment.

The few girls who received formal education in antebellum Kentucky were taught to read. This skill was considered necessary for their role as mothers. When they reached adulthood, they would read the Bible to their children. Female orphans were rarely offered even this meager amount of schooling. Without education or parental support and concern, the most many could hope for was a lifetime of drudgery as a maid or laborer.

The liberal arts curriculum and career preparation proposed by Dr. L.L. Pinkerton was a comprehensive solution to this tragedy. The benefits of the curriculum reached far beyond the individual girls who attended the school. Dr. L. L. Pinkerton’s dream became a reality as Midway-educated teachers went forth to share their learning with youngsters throughout the state and region. In the years since, the school has evolved to meet the educational needs of modern women and men. The goals and standards of the Kentucky Female Orphan School’s founders are preserved in that mission.

Today, Midway University provides a career-focused education grounded in the liberal arts in a broad range of subjects. The campus and programs have grown with the school’s enrollment, yet many of the traditional ideals Midway was founded on have remained constant. The college’s affiliation with the Christian Church (Disciples of Christ) still exists, although the institution welcomes students from all backgrounds.

To kick off finals week, faculty and staff prepare and serve a breakfast buffet at 10 p.m. in the Piper Dining Hall. This special breakfast serves as a study break and motivator for students. Students look forward to this event each semester and the line starts early. Students enjoy made-to-order waffles and omelets as well as a full hot breakfast. Favorite faculty members and coaches serve as waiters and waitresses to serve the students.

A truly unique tradition is the Night of Lights which marks the end of the academic year with its special way of enabling friends to say farewell. Small candles are floated down the stream by the Path of Opportunity. Legend has it that if the candle stays aflame while passing beneath the bridge, one’s wish will come true.

The Pinkerton Bell has a history as rich and proud as Midway University. Originally used to signal wake-up, meals, and classes, the bell was no longer rung after 1952 when a clock and bell system was installed. In 1958, the board of trustees passed a resolution that in part declared “. . . it has rung through the years just as clearly as on that first day. It has now come into its own again and we trust that the students of the future will reverence and honor it as you do now. May it rest where it has swung since 1858 on Pinkerton Hall, and may it send out its glad tidings as long as our college exists.” Hence, the bell is now rung for any happy occasion.

Graduating nursing students receive their nursing pins during this special event, held at the end of each semester. This event honors the hard work and dedication of the newest nurses. Students are also able to thank their families and friends who supported them along their journey. Each student selects a special person in their life to come forward and pin their nurse’s pin on them.

The Story of Midway University

“The Story of Midway University – How the Kentucky Female Orphan School Became Midway University” is now available. The book, authored by President Emeritus Dr. Robert R. Botkin, covers the founding of the school and follows it through its many changes from a one building school for orphan girls to its modern day history as a fully, coeducational University offering associate, baccalaureate, and master’s degrees with a campus now spanning 200-acres around its original footprint.

The book is available online through the Midway Eagle Outlet Store. The cost is $39.95 plus shipping. Although campus is currently closed, local pick-up can be arranged when ordering.